The cash ratio, also known as the cash asset ratio, is a liquidity measurement used by financial analysts. Its purpose is to evaluate a company’s capability to pay off any short-term debts. This capability is determined by calculating the ratio of the short-term assets against a company’s short-term liabilities.

There are two other common ratios: the quick ratio and the current ratio. The cash ratio is more conservative and stricter because it solely calculates a company’s most liquid assets: cash and its cash equivalents.

We discuss more of the differences between these three types below.

To calculate cash ratio, the formula is as follows:

Cash includes currency and coins and demand deposits, including checking accounts, checks, and bank drafts. Cash equivalents, also known as marketable securities, are any assets that can quickly be exchanged for cash with inconsequential risk. Some examples include savings accounts and T-bills.

You divide the total amount of cash with current liabilities, which are the company’s obligations that are due within one year. These can include accrued liabilities, accounts payable, and short-term debt.

How the Formula Works

To calculate the cash ratio, you first need to look at the value of a company’s marketable securities and cash. After dividing the sum with the company’s current liabilities, you can see whether it can pay off outstanding debts.

Anything above 1 shows that a company can pay off outstanding debts and still have a surplus of cash left. There is no ideal figure, but a cash ratio is considered good if it is between 0.5 and 1.

For example, a company with $200,000 in cash and cash equivalents, and $150,000 in liabilities, will have a 1.33 cash ratio. The ratio shows the company can pay off its short-term debts and current liabilities with enough funds left over.

But a company that has $2 million in cash and cash equivalents with $2.5 million in current liabilities will have a 0.8 cash ratio.

The quick ratio, also called the Liquidity ratio or Acid-test, determines whether a business can pay its short-term obligations using its accounts receivable, marketable securities, and cash. These “quick” assets are known as such because they can be exchanged quickly for cash.

The formula for quick ratio is:

The most significant difference between the cash and quick ratio is that it includes accounts receivable in its calculation as a short-term asset. Accounts receivable is any money customers owe to the company due in a year or less. You can determine the total amount of receivables after subtracting the compensation amount for accounts with bad credit.

Adding receivables can be a significant addition depending on the specific situation of the company.

For example, if a business regularly acquires its receivables within a short time from a financially reliable and long-standing client, there is a history of prompt collection. Therefore, it significantly lowers the risk in considering these receivables as short-term assets, even if they are not in possession yet.

The current ratio, also called the working capital ratio, determines whether a business can pay its short-term obligations due within a year. Like the other two ratios, it weighs a company’s total current assets and divides them against the total amount of liabilities.

The formula for the current ratio is:

Like the quick ratio, the current ratio includes receivables but adds inventory to the equation. Inventory involves any assets that have not been sold yet, such as raw materials, finished goods, works in process, and office and manufacturing supplies. It also includes prepaid expenses, such as advance payments on purchases and current insurance premiums.

Inventory can be influenced by a few different factors: the overall health of a company, the general economy, and the specific type of business the company does. If a company’s inventory involves a predictable circulation of goods between suppliers, the company, and its consumers, then the risk is limited.

However, if the economy and industry are unpredictable, then companies may have leftover inventory that is either sold too slowly or left unsold. For these types of businesses, it may not be prudent to include unreliable goods as short-term assets.

How Cash Ratio is Used

The cash ratio assesses a company’s financial health in the face of insolvency. It may give the most realistic outlook for a business by helping analysts, investors, and lenders understand the worst-case scenario.

However, many analysts generally do not use the cash ratio because it presumes an uncommon degree of risk and gives value to short-term securities, overestimating their utility. In many economies, short-term cash equivalents cannot keep up with the realistic loss due to inflation.

Additionally, a company with an over-surplus of cash and several short-term securities is not likely to be highly profitable.

It is important to remember that the cash ratio does not provide an accurate financial analysis of a company because cash and its equivalents are not usually kept in the same quantity as current liabilities.

Companies that keep large amounts of cash are not making good use of their assets. Sitting cash does not bring about a return. In most cases, any leftover funds are more commonly re-invested to receive higher returns rather than staying sedentary on a balance sheet.

The current ratio and quick ratio are used more often than the cash ratio because it considers “liquidable” assets in addition to cash.

Get Your Free Quote 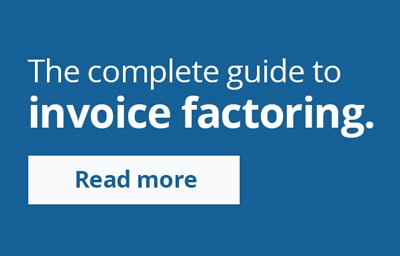 What Is Net Working Capital? How to Calculate and NWC Formula?

How to Record Invoice Factoring Transactions
Scroll to top